What Causes Learning Disabilities in Children? 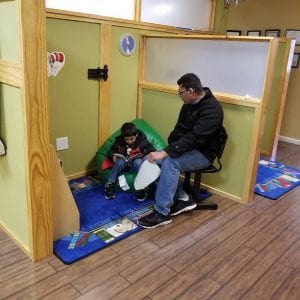 When some children have difficulties achieving certain skills in school such as solving mathematical problems, issues performing basic reading and writing assignments, and problems with reading, hearing and understanding educational information, they are said to have learning disabilities. The disability can be noted in early stages of life, mostly in middle school and can sometimes be discovered when it manifests in later stages of life such as pre secondary, at work or in relationships. There are no clear causes of learning disabilities but the department of health has tried to come up with some few explanations behind the problem, despite the lack of enough evidence to substantiate these claims. This article looks at different causes of learning disabilities in children.

There is so much power placed in genetic relationships, especially when it comes to conditions like learning disabilities. The obvious understanding is that if there is a certain genetic defect or disease that runs in the family, it is likely that future generations will be affected by the same problem or will have similar diseases. It is not always that family history has a role to play as much as learning disabilities are caused. This is because despite the problem running in the family, a child may be born in the same family and not have the disability since the gene may be recessive in that child but may become dominant later in the their children. Overall, the fact remains that family history plays a major role in as much as learning disabilities are concerned.

The health and mental condition of children is largely affected by the kind of things the mother has been consuming during pregnancy. This could be in form of the type of foods and also drugs, alcohol and smoke. When a pregnant mother takes alcohol, it goes directly to the fetus, thus affecting its mental growth negatively. This is because alcohol is highly absorbed into the blood stream than anything else.

Therefore, the child is born with an underdeveloped brain that will not be able to solve simple skills in education and life in general. Similarly, when a mother consumes drugs or smokes, these influence the development of the brain of the fetus negatively and the result is that the child, once born, will have learning disabilities. Smoking has been known to play a major role in regards to the mental health of the unborn child, and could thus cause learning disabilities.

The type of food a pregnant woman consumes during pregnancy determines the mental and physical condition of the fetus and even after the baby is born. When a pregnant woman is deprived of essential foods such as vitamins, iron and folic acids, it is likely the baby will be born very unhealthy. Fortunately, the effects can be reversed by feeding the baby with these nutrients once it is born. Sometimes the effects are so grievous such that they are not reversible and the result is a child who has learning disabilities since the brain was deprived of the necessary nutrients for its full developed.

A baby is born with an underdeveloped brain. Information of sound, images, smell and touch are picked by the sensory nerves and sent to the brain by receptors. The brain interprets all these into meaningful information such as objects and the specific smell or touch. An infant’s brain is not able to interpret all these immediately after birth. The brain develops slowly through practice when the baby engages in child play. It therefore means that a child who has little or no child play at all will have an underdeveloped brain and the result is learning disabilities in the child.

It is important to note that learning disabilities do not include an inability to learn among people who have brain injury, mental disorders, emotional disturbances and economic and cultural disadvantages. In addition to this, most causes of learning disabilities are reversible. If you do not want your child to have learning disabilities, you will want to keep away from drugs and substance abuse when pregnant. Also, eat foods that have the right nutrients for proper mental and physical development of the baby. After the baby is born, engage or encourage the child in plenty of child play. In addition, let them interact with other children so that they learn how to solve some tasks through observation and practice.